We understand what writing is with a pen, with a keyboard, but what is writing when we do it with sound? What can we convey about ideas, story, who we are only in sound? and what can those sounds inspire us to write in response?

Those are but some of our questions for this week, but one we’d like to plant deeper is, “What does it mean to be a digital writer?” 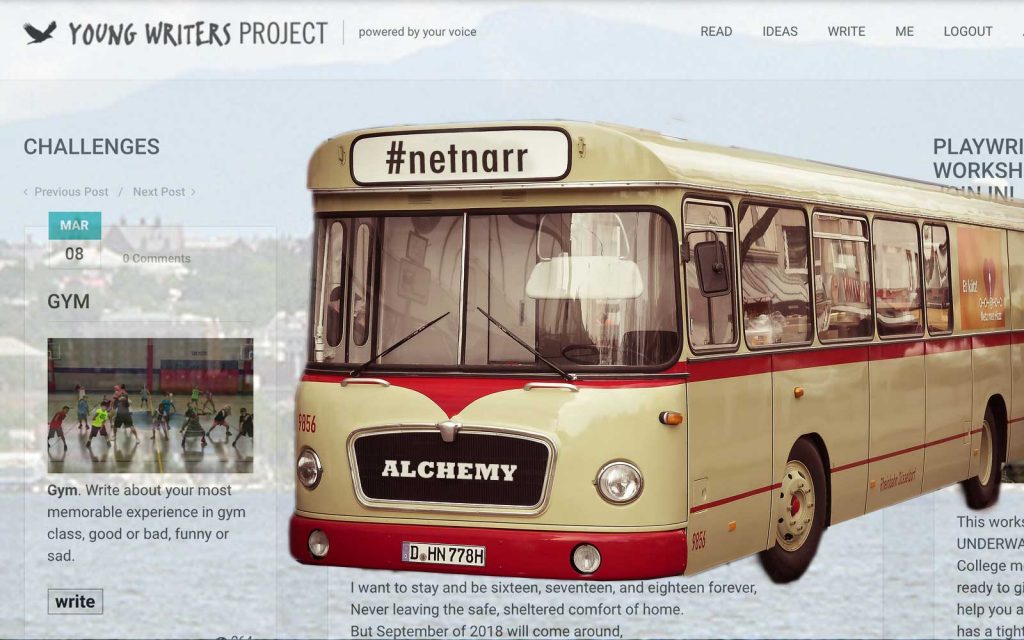 On this week’s virtual bus tour, we are spending some time on the site and the teen writers who publish there, of the Young Writers Project. YWP is based in Burlington Vermont, but is a community of young writers from around the world.

Kean University students will create account at YWP, explore it, and engage in a number of activities this week (see the details on the Bus Tour itinerary). These activities will include acquiring (aka recording), publishing, and editing audio. 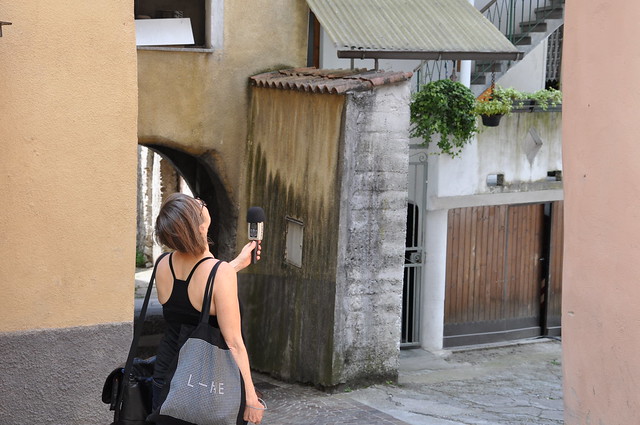 We are asking you this week to capture ambient sounds of the world around you, so you will need some way to record audio. You may have some kind of audio recording device, or you could try carrying your laptop around, but the best device is likely a smart phone.

Most phones come with some kind of audio recording app for doing voice memos. That should work fine. You might want to try other ones such as these free apps:

or any other one (there are hundreds, thousands it seems) you may already have or find.

The first challenge with smartphone recorded audio is getting it from your phone to a computer. If you cannot transfer it directly (or via iTunes for Apple devices) often the easiest method is old school emailing it to yourself.

The second challenge is dealing with the many different sound file formats phone record audio in. For editing purposes (see below) you would like to have your sound in AIFF, WAVE, or MP3 formats. You can find many web sites that convert sound files to different formats, such as https://cloudconvert.com/.

Keeping mind while recording that the volume of sounds you get decreases rapidly with distance, so sounds closer to you are louder. Try if possible to minimize distracting sounds (a television) and for the outdoors, conditions that are windy.

When recording in public be respectful of people’s privacy; do not explicitly record their conversations. One technique you can do is to walk through a public place moving around quickly so you are not capturing any single conversation, Here is an example recorded at a discussion session at a workshop in Mexico, note how the voices overlap. The idea is to capture a sense of the total soundscape of a public place.

Experiment with combinations of distance from sources and variety of sounds for how to capture sounds that give a sense of place.

For our audio editing project we strongly suggest using the open source (meaning free) software Audacity. Audacity allows you to import, record, layer sounds, edit them by copy/paste like you do with text, add special effects, and export to the mp3 file format, the most usable form to share.

For Kean students, make sure you download and install the Audacity software onto your computer before class Wednesday.

There is one tricky detail, and that is installing an additional piece of software that allows you to export sound to MP3 file format (do not laugh but it is called “LAME” 😉

Audacity has many features in it, so it may be confusing at first. The main things we want to do this week is learn how to import sounds, how to record, how to do basic edits, and how to export audacity projects into sound files you can share.

You can find gobs of Audacity tutorials out there (we recommend the ones on the Audacity site); so here is my gob:

We will conduct a live demo in class to get you started becoming an audio alchemist.

To start flexing your audio story skills, the first thing we want you to do is to select someone else’s 3 sounds sets from this week’s Bus Tour for their home to school / work transition. Find one that interests you, and try to develop a persona for the person it represents.

Then import the sounds to Audacity, and use the audio recording features to provide a narration overlay of what you think that person would say about their home to school / work transition.

Once you export your sounds as an mp3, upload it o SoundCLoud, and embed it in a blog post where you complete the rest of the story. Tag your post 3soundstory.

Now, for more practice complete one of the following DS106 audio assignments:

When you publish a blog post with your audio projects, be sure to include credit (source, link) to any sound files, effects that you did not create yourself. Describe any techniques, effects yoi discovered. Also, add a screenshot of your editing screen so we can get a sense of how you constructed it in Audacity.

The Extra Stuff at the Bottom is BACK! (did we ever go away)

A few colleagues shared this nifty tool for creating step-wise narratives– each click loads new, different text, sometimes animated, sometimes with music. It feels like there may be no end. Try You Don’t Know Me.

Our open participant and narrative pal Kevin aka @dogtrax dove in deep, and published a guide to what he learned in experimenting with a #NetNarr Storypoem as a step.works version that loads the content from a Google Spreadsheet: 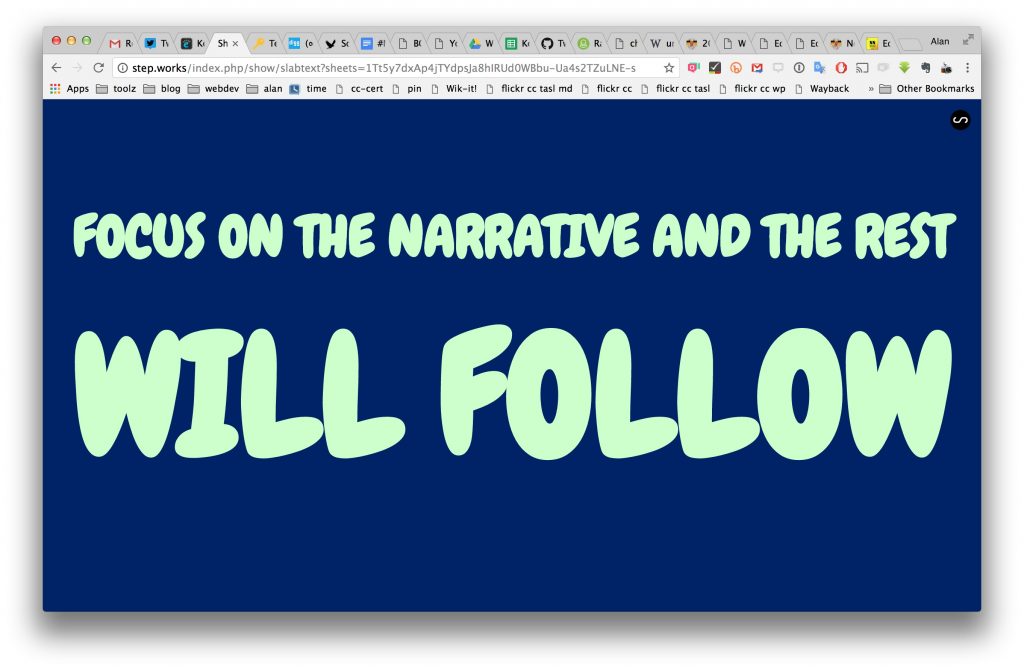 Explore some of the other gallery examples. Now if you are all excited to create one, we shall not stop you, but everyone will be doing one in a few weeks. Spend more time looking at the form, thinking about what makes it work (or not) and what kind of content might work in this kind of net narrative.

Featured image: Composite of pixabay photo placed into the public domain by StockSnap using CC0 and “Adobe Audition waveform of sound impulses on the police dictabelt analyzed” by Roger469 shared under BY CC-SA