In our last week of the Digital Art Segment, following up on Week 6, we continue looking at the art and style of the animated GIF, working to assemble our own miniature GIF movie made of multiple pieces of media.

Of all things that might be considered Digital Art, why are there so many remixes of a comic about a cat? Explore this world in The Awl’s The Weird, Wonderful World of Subversive Garfield Spinoffs.

For example, subtract out the main character, and you end up in Garfield – Garfield:

Garfield Minus Garfield is a site dedicated to removing Garfield from the Garfield comic strips in order to reveal the existential angst of a certain young Mr. Jon Arbuckle. It is a journey deep into the mind of an isolated young everyman as he fights a losing battle against loneliness and depression in a quiet American suburb.

Similar to our Make with 5 Card Flickr, you can construct a story from different, random panels of the comic with the Random Garfield Generator:

Garkov generates a Garfield character comic with text spawned by an algorithm based on past scripts, but with a spin of Markov Chain algorithm:

There are spawned variations of Garfield – Garfield, such as Garfield as Garfield (web site gone, Internet Archive link) where instead of removing the cat, it is replaced by an image of President Garfield.

Why, how, and what if anything, do these remixes of popular culture mean?

Garkov creator Josh Millard explained, “The relative inanity of the original strip’s dialogue is a uniquely strong setup for weird/broken/scrambled non-sequitur text. I think that’s what works so well about so many ‘Garfield’ variations, really; it’s such a sterile, safe, drama- and menace-free strip that injecting *any* kind of Dada strangeness or emotional complexity into it makes it jump off the page a bit.”

Last week was the warm up for the basics of making an animated GIF from a video with Giphy Gifmaker. That was easy, right? We can use the same tool to do something more complex.

Last week’s Photograph a Process Make asked you to take several photos (5 to 10 is good) of something you are good at doing, showing the steps in a process.

For the GIF a Process Make, you will use the same images to assemble into an animated GIF

GIF Making from Images and GIFs

Now we just slightly add to this remix method; in the GIF It All Together: Digital Art / Digital Life Make you will use the same process to mix together not only photos, but meme images, and other animated GIFs to create a single message in the package of one GIF.

In class you may do one just for practice. The main assignment for this week is to compile a message in a single gif that uses a mix of photos, meme images, gifs that you have either used or found, to portray your perspective on Digital Art or the issues of Digital Life. It’s a mini movie, 10 seconds max, use them well. 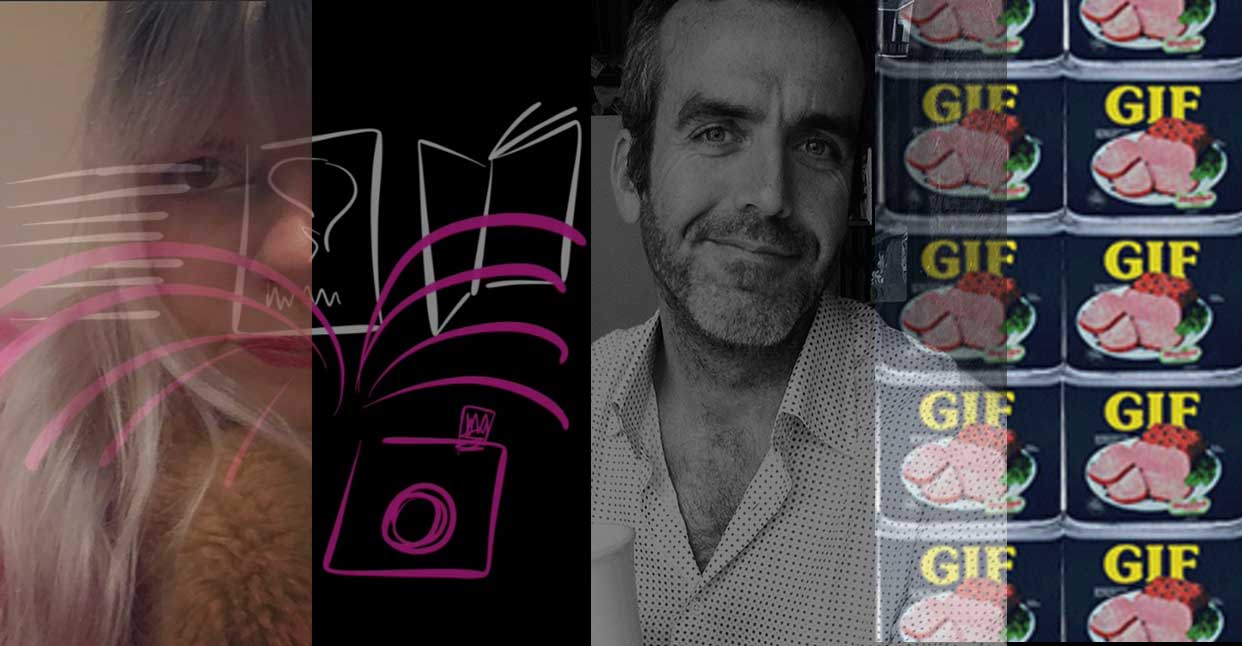 In our third studio visit meet with Amy Burvall and Michael Branson Smith , both are educators and visual artists with creativity and ideas about animated GIFs.

Here is Your Week 7 GIF Checklist

Featured Image: Rainbow After Affects giphy gif by Renderfruit modified to make file size smaller by removing every other frame.