#Netprov holds the potential to highlight the value of participatory culture while recasting the traditional terms of cultural contribution, writing, and even what it means to author something.

Where can we locate these open communities of practice? How do we design for emergent collaborative narrative in social media spaces? This virtual field trip will take us to the people behind Meanwhile NetProv Studio to check in with #Netprov artists & practitioners who will share out the latest #netprov experiments. 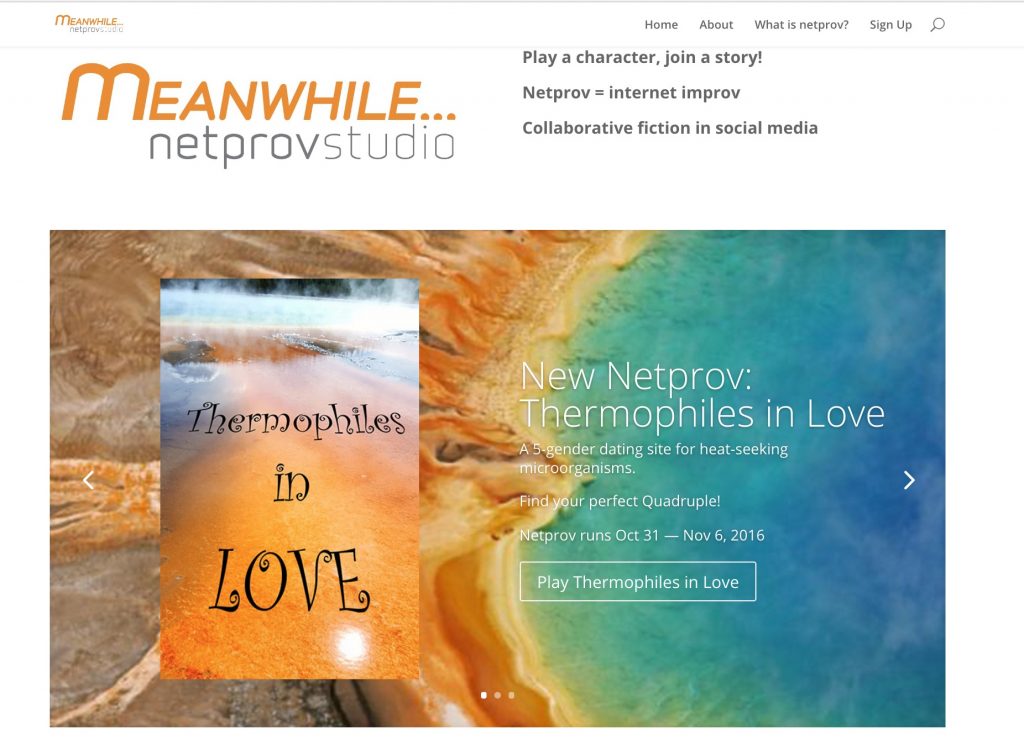 We Got Yer Archive

After the session, our Kean University students identify links directly to the video segments as discussion points (learn how to get YouTube time links).

On Transparent Communication in Netprov

Description of a Network

Here is what @MCMarino_Kids had to say about breakthroughs he sees in his students with netprov https://t.co/FG0tgFEoUe #netnarr

@netnarr #netnarr
Great question from @cogdog regarding dealing with people's emotions in these netprov interfaces.https://t.co/DnCWNrtdC4

How Netprov can promote change?

Here, @Netprov_RobWit shares his thoughts on how netprov has the potential to create change https://t.co/ttZ7HJDZqD #netnarr

Out of the Margin Marginalia

Some things that went back in forth in the hangout chat (which you cannot see in the stream) plus flot/jet sam from twitter.

I like the idea of tweeting about experiences with no tech for a week. I wish i could do that right now

I am all for the lyin' metaphor and the false analogy. #netnarr #netprob

Wonder about that line between satire for humor and fake news for financial/political gain … are there folks dancing in the middle there?

How to Write and Read Fake News: Journalism in the Age of Trump (Mark Marino, Talan Memmott)

Part of this is the shift to who is an “expert” and who is not, and how technology upends all that. The reference to novels could also be one to newspapers ….

I Work For the Web

As a teacher of younger students, this makes me to continue to wonder: how do you teach that kind of filter, media influx, authority, etc.

Good question, we have some resources on our real reading list

This guy who introduced himself as "Mark Sample" drinks from a "Mom" cup #netnarr pic.twitter.com/LF0GLXeSmX

This is Mark’s son again
This is soooo boring
when are you guyz gonna netprov
netprooovv
Does anyone have any good Pokemon cards?
My dad taught me a word for this
teeeeeeeedious
Did I use that wright?
My Dad never lets me make clever puns
thats why i stuck that last one in there

Does netprov bring out elements in students that other elements might not?

“Who is the third who walks always beside you?
When I count, there are only you and I together
But when I look ahead up the white road
There is always another one walking beside you
Gliding wrapt in a brown mantle, hooded
I do not know whether a man or a woman
-But who is that on the other side of you?”
— TS Eliot

You know what really bothers me #netprov? Folks with no skin in the game. Run with that. #netnarr

“Hunh… so you think everyone is sitting around with the impulse to misbehave in public? Are you sure?”

“I think it’s more giving someone the freedom by encouraging you to misbehave in a controlled setting. it’s like having people play acting games” 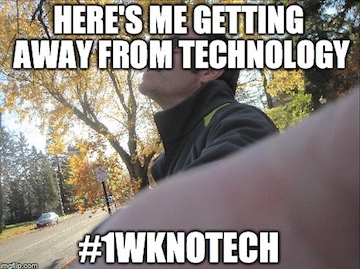 One Week, No Tech, #1WkNoTech

“We pretended we were going for a week without technology . . . then we tweeted the hell out of it!” 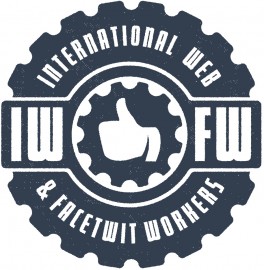 I Work For The Web

What if your social media posting and liking, instead of being for fun, was your job?
Or rather, what if you realized that it was work and you just weren’t getting paid for it?

The Kean University class will conduct a live twitter chat on Wednesday February 8, likely at 6pm EST (link to be posted)