Participatory Culture, Networks, Fan Fiction, and new ways to think of “authorship”… how has fan fiction (and it’s communities of practice) redefined the role of narrative in our society?

What is fanfiction, and what is it not? Why does fanfiction matter? And what makes it so important to the future of literature? How does fan fiction work? What does it mean to world build? How do practitioners of fan fiction engage their civic imagination? 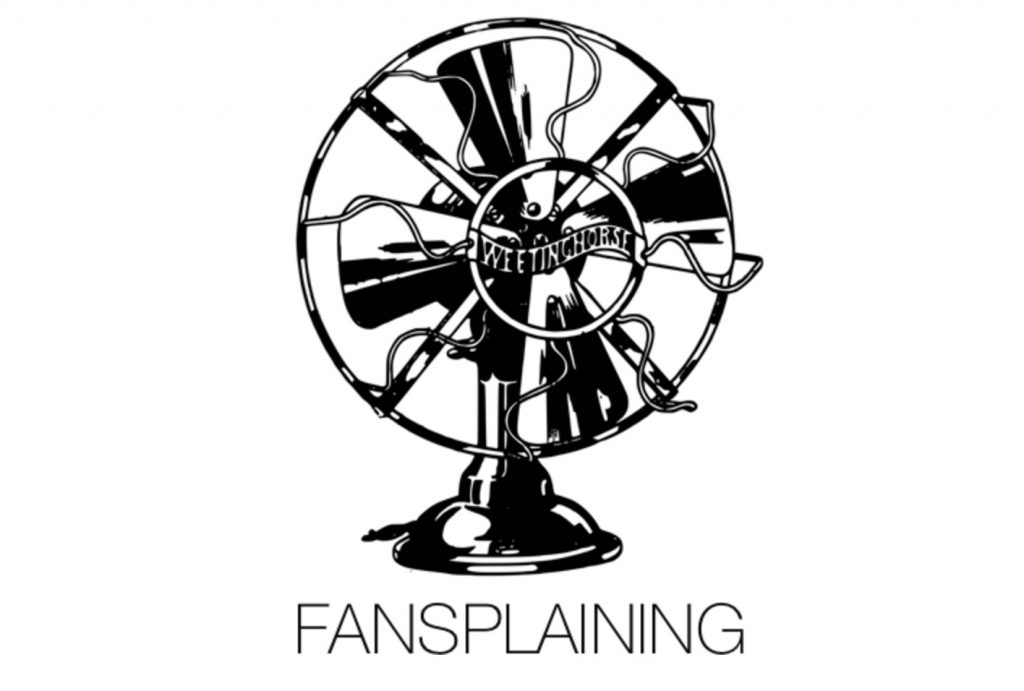 Geoff: A question, at some point: What about when writers emulate a writer’s style — including, perhaps, tropes or settings or tone. Is that fan fiction?

"Lurkers are the dark matter of fanfic" sez @telliowkuwp #netnarr

Geoff: I’m on wattpad. I have my medicare card.

Geoff: Interesting comment about “confidence” needed to post. as in, afraid to get hammered by supposed “experts” of the book, characters or genre.

Terry: Love your podcast esp. the last one. Listening I pulled out a couple of core values (gift economy, reciprocation) and want to know about more of the core values.

Geoff: reciprocation is such an important concept online… in our sphere, that means to respond to each other in comments, to give as much as you receive, to acknowledge others’ work.

Mia: fanfiction has connecting as a core value

Kelli: I think fanfic gets bad rep for being too self-indulgent as well. Which contributes to it being considered “lower” on the literature totem. which is kind of ludicrous considering how many published works are essentially oc stories which are entirely self-indulgent or, at least, all about some kind of self-realization.

Elizabeth mentions Yuletide “an annual rare-fandoms gift exchange fanfic challenge, encompassing gen, het, femslash, and slash. Participants agree to write a 1,000-word (minimum) story for a randomly assigned recipient who has requested at least one of the things the writer offered to do, in return for receiving a story from a randomly assigned writer fulfilling one of the participant’s requests.”

Hailey: But it’s funny that the mainstream books that people enjoy, i.e 50 Shades of Grey, is literally Twilight fanfiction, but it’s loved by so many people.

Geoff: Keli, when you think about it, fan fic should be a much higher level — the writers have, in fact, absorbed so much about the original work, show such respect and value for that work by, well, having fun with it, continuing storylines or creating new ones. homages within the structure and attributes of the original work.

Sandy: Reciprocity is SUCH an important value to emphasize in @netnarr and @ds106 or wherever blogs are being written and read. Better to read fewer and answer thoughtfully than to speed read and slap on “likes.”

Kelli: that comes down to like legitimacy? right hailey? this is affirmed work vs. indulgent work.

Geoff: sandy… so true. At YWP we have 4 levels of reciprocal behavior … loves, comments, detailed feedback and sprouts — stories/poems/essays that are triggered by (and automatically linked with) someone else’s work. … FanFic, of course, is a sprout — from the original work.

Elizabeth mentions Archive of our Own

Terry: In my research I saw some pretty disturbing alt-right fanfic and music as well. Dark side to fanfic. So is there an alt-left fanfic? and do they have the same values of reciprocation and gift?

Kelli: That’s what tags are for though, right? to sort out this stuff

Flourish: 100% Kelli – it’s so central that people tag their fic with warnings. Which is one of the reason it’s weird to me when people complain about “trigger warnings” in the academy – it’s done just fine for the fanfic community!

Kelli: Trigger warnings are essential–we’re reading for our leisure or enjoyment in most cases. we don’t want to read offensive things in these mindsets. we want to read content that appreciates the object of affection’s good points i think

Hailey: I think works that are set in worlds with a lot of creative and imaginative potential are what draw in fanfiction writers

Geoff: Flourish and kelli… one of the things we learned early on in this crazy project at youngwritersproject.org that most people — kids especially — can’t tag well. (in part because sometimes they can’t spell well, but mostly because people use different words to say the same thing.) So what we do is create a list of tags to use so there is uniformity; but a lot of sites don’t can can’t do that.

Terry: Kelli, is this self tagging self censorship?

Flourish: The tag wranglers at AO3 are amazing – if you like I can send you info about that system Geoffrey

Geoff: Kelli: i think tagging is just courtesy–that’s the intent behind it overall

Geoff: here’s another idea for the tag wranglers… publish some of them. at youngwritersproject.org we collect some of the hashtags and publish a page of them in our anthology. they’re hilarious.

Kelli: community have control over the tags though–right? if a certain idea catches on and a lot of people write on it, that creates a new tag, a new idea in the community

Geoff: an answer to an earlier question from Alan…. the way fan fic can be assigned to a class: Choose a recent book and have kids create alternative endings or sequels or diverted plotlines. We know some teachers who do that, particularly when the kids are annoyed by an ending.

Kelli: too many tags can spoil a work, too?? like it’s a careful balance

Kelli: i can’t imagine how difficult it is for a writer to decide what needs tagging and what can “pass”

Alan: We did a thing in ds106 Geooff, the assignment Remix card, where you take an assignment, and get a random remix element- like “introduce a weird uncle” or “reverse the timeline” http://remix.ds106.us

Geoff: but as with any school assignment… they have to center on idea exploration (build writer interest, enthusiasm), offer safety to post (creative, specific, respectful feedback) and purpose 9a place where the best — most interesting, freshest, best handled — gets exposed to additional audience (publish).

Kelli: In bookstores, most published works are under one “tag”–Fiction, non fic, romance, –to put this idea in perspective

Sandy: Are you saying the tags visually interrupt a story? On Tumblr, they are at the bottom and aren’t encountered until the end of the reading…

Flourish: Sandy, more like when you search for stories on AO3, you see too many tags in the summary and go “oh, I wanted to read about male pregnancy, but not about an alternate universe. SKIP.” But if it was just tagged one of those two, you might give it a try, etc.

Kelli: i think fanfic encourages group creativity but only to a point–lie Elizabeth said–there’s a disconnect between acting this way in “make-believe” spaces and then engaging in this activity irl. it’s hard to make the jump

Terry: So the 1% of fanfic who are creating are on their island? Seems the 90% of fanfic lurkers are the ones we should focus on if we want change and action.

Kelli: I think there’s less appreciation for that creativity irl–at least, it seems that way

Geoff: Flourish, your last point was a good one. How does activism, the sense of community and confidence in one community, apply to those outside that community.

Kelli: fanfic is the only place some people can find a shred of representation

Terry: How do we know about your lurking audience? Big issue.

Sandy: So do we know the standard demographic of fanfic across the board?

Kelli: There are diff kind of fans tho–internet fans, tumblr, con fans, all these niche fandoms that are hard to universally interact with

We just went off the air with #NetNarr. What a great conversation! Thanks everyone!