***Earth, Wind, Fire, & Air by the Hex Girls was playing in my head throughout working on this exercise just so you know***

Because I’ve always been an avid fan of faeries and fantasy in general, the elements and their power has also been of interest to me. In particular, fey seem to embody our ideas of natural power and magic. Also, it is interesting to think of the elements themselves as these kind of “old gods”, embodiments of the most ancient of magicks and power. At least, it’s interesting to me. I’d sooner put my money on the power of a storm or of a volcano or of a tornado than on any deity housed in some overrated book.

Anyway, let’s get to what examples of earth, fire, water, and air I was able to scrap together. I had a rougher time finding some than others.

“Some say the world will end in fire.

Some say in ice.

From what I’ve tasted of desire

I hold with those who favour fire…”

Like our good friend, Robert Frost, I, too, favour fire and had little difficulty with procuring examples of the element. For my literal example, I looked no further than the stove (don’t mind the grime

I know it’s long overdue for a scrub). And, for my less literal representation, I looked to another of my art projects. Last semester, for a class, I dabbled in book art–which is, essentially, re-purposing a book as material for an art piece. For the project, I played off the title of the book, City of Fallen Angels, and made each cover into a scene–one side was a heavenly scene while the other was “hellish.” You’re looking at the hellish side here. Basically, I cut out the cover with my jeweler’s saw and then riveted a piece of copper to it. That piece of copper looks like flames because I chased a design onto the metal with a hammer and then gave the whole piece a heat patina, which gives the copper that reddish, almost burnt look. (This is the same technique I used on that wing necklace from this post.) Art is usually the first place my mind goes to when I think of the metaphorical. 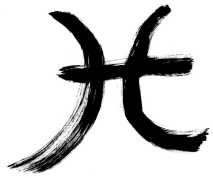 Not going to lie–as a Pisces myself, I thought finding examples of water would be pretty easy for me. Like, the universe would lend its hand so that I could find some really nice shots. But, uhm, that didn’t really happen. There’s a little brook, I guess, that runs through campus at Kean that came in handy though. (This is one of the cleaner sections of it….)

As for my metaphorical example, you could say the universe took pity. I truck for a local water department drove by like just when I was thinking about what I could do. Just managed to snap a pic of it so please excuse the quality–and the melting snow drops! Though, I think those are most appropriate. Honestly, all things considered, everything about this one moment did come together rather fluidly.

“…a presence like a shadow on suspended dust.” ~ Red Dragon, Thomas Harris

I struggled with thinking of how to capture an example of air–until it hit me in the face. Literally. The wind has been killer around here lately and is a perfect example of how powerful air can be once it gets going. Don’t believe me? Take a look for yourself. (Really, click that link.) Honestly, I used to live in south Florida–where hurricane season is the actual name for the summer/fall period of the year–so wind should have been something I thought of sooner.

As for my second example, again, I looked towards my art. Here, I have one of my earlier works. It’s a locket shaped like a cloud with these “windy” pieces of sheet metal riveted onto its lid. The swirls are meant to be representative of stormy winds blowing in. It’s counter intuitive that they’re made out of metal though, huh? Even so, I think their shapes and positioning capture this “light and airy” feeling.

I found it rather difficult to pick examples for this element. This is largely due to the fact that my idea of earth includes all the natural and the organic. So, with such a broad outlook, it becomes to difficult to makes choices. In the end, I ended up taking a pic of my own, snowy backyard. I like that I was able to include a very noticeable touch of the weather.

As for finding a more metaphorical example for earth, I feel like I had to compromise. I don’t really think I got a great example here. But, I feel like it captures the simplicity of the idea of what earth is for a lot of people–the outdoors. It’s that section in a bookstore people who frequent bookstores like myself usually skip past ^.^

Anyway, hope you enjoyed walking through these bits and pieces of my week with me. Let me know your thoughts!